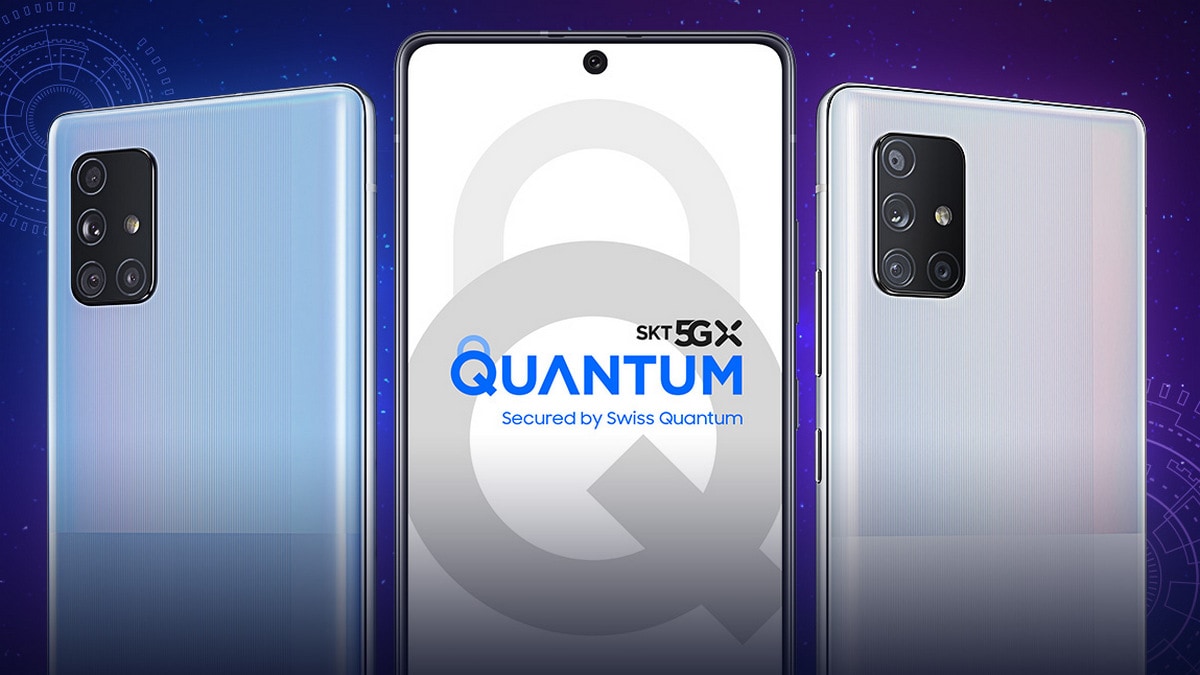 Samsung and SK Telecom of South Korea launched quantum encryption technology equipped Galaxy A Quantum. The phone is claimed to have the world’s smallest quantum random number generator (QRNG) chipset that enhances data security on the device. The phone has a 6.7-inch Infinity-O Super AMOLED display and is powered by Exynos 980 SoC. The price of the phone has been set at KRW 640,000 (roughly Rs. 39,000). Pre-orders of the phone start Friday and it will go on sale on May 25.

SK Telecom said in a post that the QRNG chipset allows users to safely use services like authentication and payments on their phones by generating unpredictable and patternless random numbers. The phone generates encryption keys for the services based on the random number provided by the chipset to strengthen service security. “All services go through an encryption-decryption process when data is stored or exchanged, and an encryption key is essential,” (translated) it said.

The chipset has a CMOS image sensor that detects light (photons) emitted by LED to generate random numbers that are “unpredictable”. The chipset provides these random numbers to generate encryption keys that help protect users’ personal information. The company is pitching quantum security technologies as a counterweight against quantum computers that can be used to harm security of systems.

Apart from the QRNG chipset, the phone appears to be the same as the Samsung Galaxy A71 5G. The Galaxy A71 5G was launched last month in the US.

Samsung Galaxy A Quantum features a 6.7-inch Infinity-O Super AMOLED display. The phone is powered by Exynos 980 SoC paired with 8GB RAM and 128GB of onboard storage. You can also use a microSD card with the phone.

For photos and videos, Samsung Galaxy A Quantum comes equipped with quad-rear cameras including a 64-megapixel primary snapper, a 12-megapixel ultra-wide-angle shooter, a 5-megapixel telephoto lens, and a 5-megapixel depth sensor. For selfies, you get a 32-megapixel camera. It packs a 4,500mAh battery with 25W ultra-fast charging support. There is an in-display fingerprint sensor as well.

As already mentioned, the price of the phone is KRW 640,000 (roughly Rs. 39,000). Pre-orders of the phone have been scheduled between May 15 and May 21. It will go on sale in South Korea on May 22. Colour options for the Samsung Galaxy A Quantum include Black, Blue, and Silver.