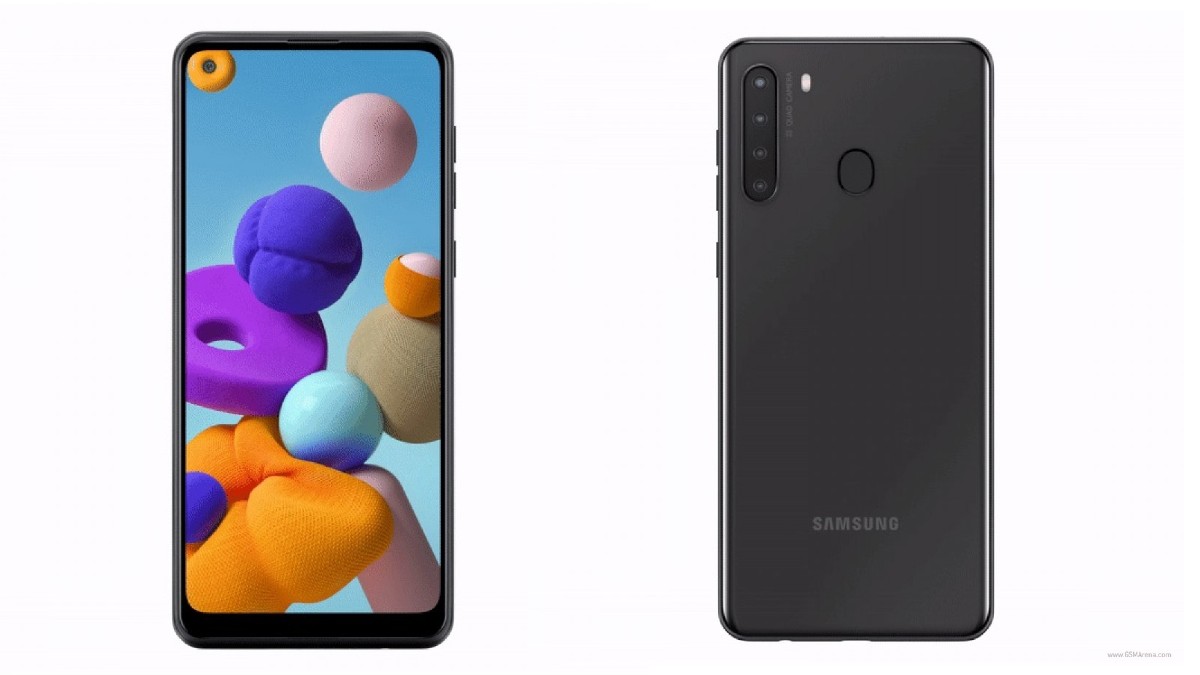 There have been abundant Samsung Galaxy A21 leaks this year, and now, thanks to a fresh render leak, we get a full view of the phone. The latest leak tips that the Samsung Galaxy A21 will have a hole-punch display and a quad camera setup at the back. There’s also a fingerprint scanner that can be spotted at the back. The Galaxy A21 has been previously tipped to pack a large 5,000mAh battery and be powered by the MediaTek Helio P35 SoC.

The Samsung Galaxy A21 render has been leaked by Evan Blass aka @evleaks, and published by SamMobile. The smartphone is seen from all angles – the front, the side, and the back. Up front, the Galaxy A21 is seen to sport a hole-punch display with the cut out placed on the top left of the screen. There’s considerable chin at the bottom of the display, while all the other sides sport slim bezels. There’s also the volume and power buttons on the right edge of the phone, while the quad cameras at the back are aligned vertically – one below the other – and placed on the top left corner of the rear panel. The fingerprint sensor sits in the top centre of the panel, and the indent created by the 3.5mm audio jack hole can also be seen. The SIM tray slot is seen on the left edge of the display.

The render has leaked in a black glossy finish, but more colour options will be introduced at launch. Last month, the Galaxy A21 was spotted in several Geekbench listings and the phone is tipped to be powered by the MediaTek Helio P35 octa-core SoC paired with 3GB RAM. The phone was listed to run on the latest Android 10 software. Further, the phone is expected to come with at least 64GB of onboard storage and include a microSD card slot.