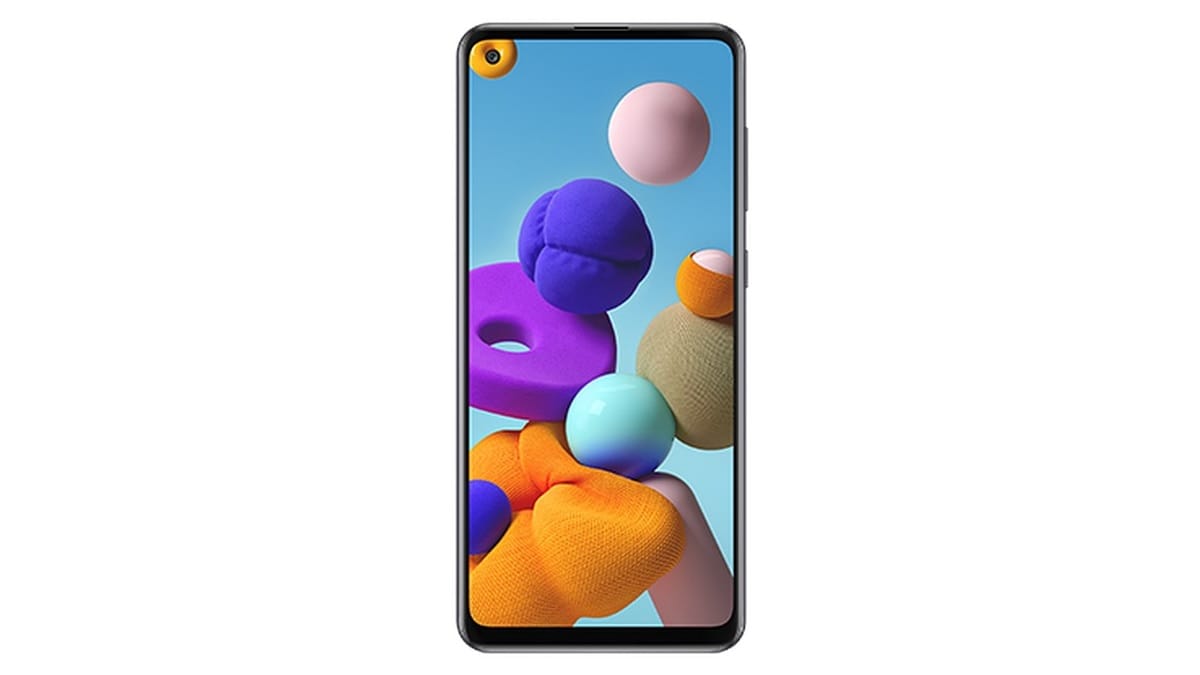 Samsung Galaxy A21s has been in the news in the past two weeks and there is a new leak around the phone. This time, an image render of the phone has leaked online. The render shows the front panel of the phone that looks almost identical to the Galaxy A21 smartphone that was launched by Samsung last month. Along with the image, some specifications like a 6.5-inch display, and 3GB of RAM have also been tipped for Galaxy A21s.

The leaked render and specifications have been shared by tipster Sudhanshu Ambhore. According to his Twitter post, the Samsung Galaxy A21s is going to have a 6.5-inch notch-less display with a hole-punch selfie camera on the top-left corner and slim bezels at the bottom. The volume rockers and power button are expected to be on the right-hand side of the users. As mentioned above, the image shared by Ambhore has a negligible difference from the front look of the Galaxy A21 phone. The only noticeable dissimilarity appears to be the design of the volume buttons.

Apart from the display, the tipster has also suggested that the phone may come with 3GB of RAM along with 32 and 64GB of internal storage options. There are no hints in the post about the processor or expandable storage on Galaxy A21s. It has been tipped to come with a fingerprint scanner and NFC connectivity as well.

Several other specifications of Galaxy A21s had been previously tipped by the same source. As per the report two weeks ago, the phone is expected to come with 48-megapixel primary camera assisted by an 8-megapixel and a 2-megapixel sensor at the rear and a 13-megapixel camera for selfies. It may pack a 5,000mAh battery as well. Black, Blue, and White colour options were also tipped.

Going further in the past, an alleged GeekBench listing of the phone showed that the Galaxy A21s could be powered by an Exynos 850 octa-core SoC with a base frequency of 2.00GHz. It may run Android 10.