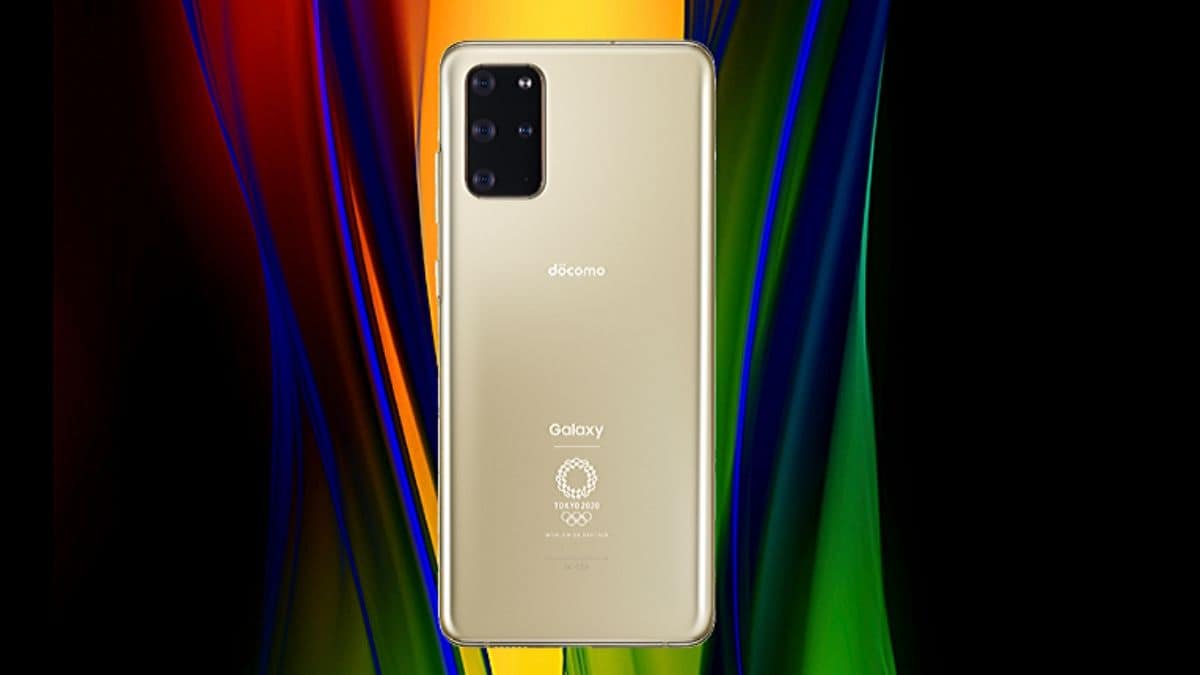 Samsung Galaxy S20+ 5G now has a special Olympic edition that was made available for pre-bookings on March 18. The smartphone is listed on Japanese network NTT Docomo’s website and is currently available in Japan only. The phone is available in a single matte gold colour which bears the Olympic logo on the rear panel. Right above the Olympic logo, the name ‘Tokyo 2020’ is also visible. At the moment it appears that Samsung who is also the sponsor of the Olympic Games has exclusively collaborated NTT Docomo for the production of the smartphone. It is unclear whether Samsung Galaxy S20+ 5G Olympic Edition will debut in any other markets.

The Samsung Galaxy S20+ 5G Olympic Games Edition was up for booking on March 18 on NTT Docomo’s website. The phone, however, will not be available to customers till June this year, the website added. The price of the Olympic edition on NTT Docomo’s website was also not specified. A report by GSMArena claims that the single 128GB storage variant of the smartphone will be available at JPY 114,840 (roughly Rs. 78,400).

The website, however, does not specify the display features or the measurement of the smartphone, therefore, it is unclear whether the special edition will have a larger or smaller screen. To recall, the Samsung Galaxy S20+ 5G which was launched in February came with a 6.70-inch touchscreen display with a resolution of 1440×3200 pixels and an aspect ratio of 20:9.

Other than the display, Samsung Galaxy S20+ 5G Olympic Edition will come with similar 12GB RAM and 4,500 battery. Since the phone is coming to the Japanese market, we can expect Snapdragon 865 SoC under the hood. As far as the cameras are concerned, the special edition on the rear packs a 12-megapixel primary camera along with a second 64-megapixel camera and a third 12-megapixel camera. There’s a 10-megapixel camera on the front for selfies which comes with autofocus features.

Similar to its global edition, the Samsung Galaxy S20+ 5G Olympic Edition is a dual-SIM (GSM and GSM) smartphone that accepts Nano-SIM and Nano-SIM cards. Other features such as in-display fingerprint sensor and fast charging are also included.

Abhik Sengupta
When not at work, Abhik is planning his next trip to the hills. He can endlessly talk about films, politics, and Danish Hygge, especially over chai.
More