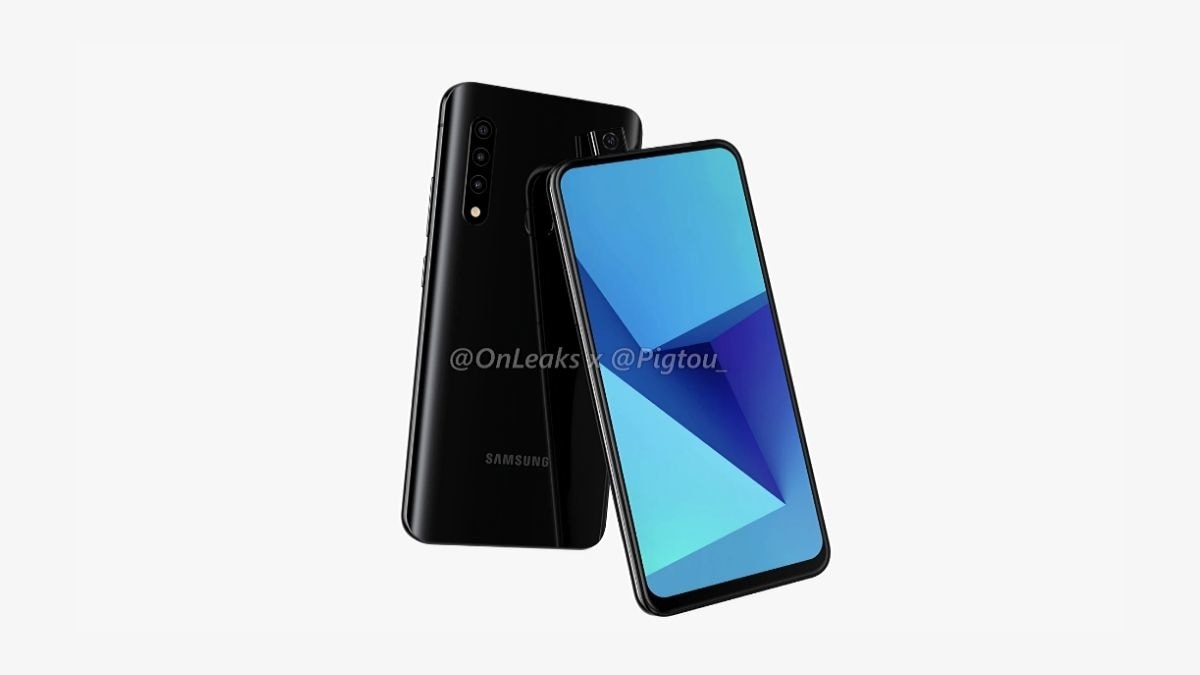 Samsung seems to be working on its first smartphone with a pop-up selfie camera, a report has indicated. Although the report does not highlight the name of the smartphone, the rumoured Samsung phone is speculated to be a part of the company’s ‘Galaxy A’ series lineup. At the moment, there’s also no word over the Samsung smartphone’s under-the-hood features or pricing. It is also important to note that Samsung has not confirmed the development of this smartphone, therefore, it is advised to take the information with a pinch of salt.

According to the report by Pigtou in collaboration with OnLeaks, the rumoured Samsung phone will come with a pop-up selfie camera along with triple cameras on the back. From the alleged renders published on the website, we can see the pop-up selfie camera placed towards the top-left side of the smartphone just like the OnePlus 7 Pro and OnePlus 7T Pro. The report does not highlight the camera details of the smartphone.

Along with the pop-up camera, the alleged renders of the Samsung phone also show the phone in Black colour with thin bezels and slightly curved edges. There’s also a rear-mounted fingerprint sensor. Additionally, there’s a USB Type-C port at the bottom with a mic to its right and the speaker grille to the left. Lastly, we can notice the Samsung logo near the bottom of the back panel. The report also points out that the rumoured Samsung phone likely features a roughly 6.5-inch display. There’s no detail about the RAM, processor or memory on the smartphone.

This is not the first time Samsung is rumoured to be working on a phone with a pop-up selfie camera. Last year, a report had indicated that Samsung will introduce the pop-up functionality with Samsung Galaxy A90 smartphone. But the South Korean tech giant in September launched the Samsung Galaxy A90 5G with a waterdrop-notch and no pop-up camera. Notably, Samsung in April 2019 launched the Galaxy A80. The phone included a rotating camera setup that provides the smartphone with almost a bezel-less display experience.

As mentioned earlier, Samsung is yet to announce the development of this smartphone with a pop-up camera. More details are expected in the coming weeks.