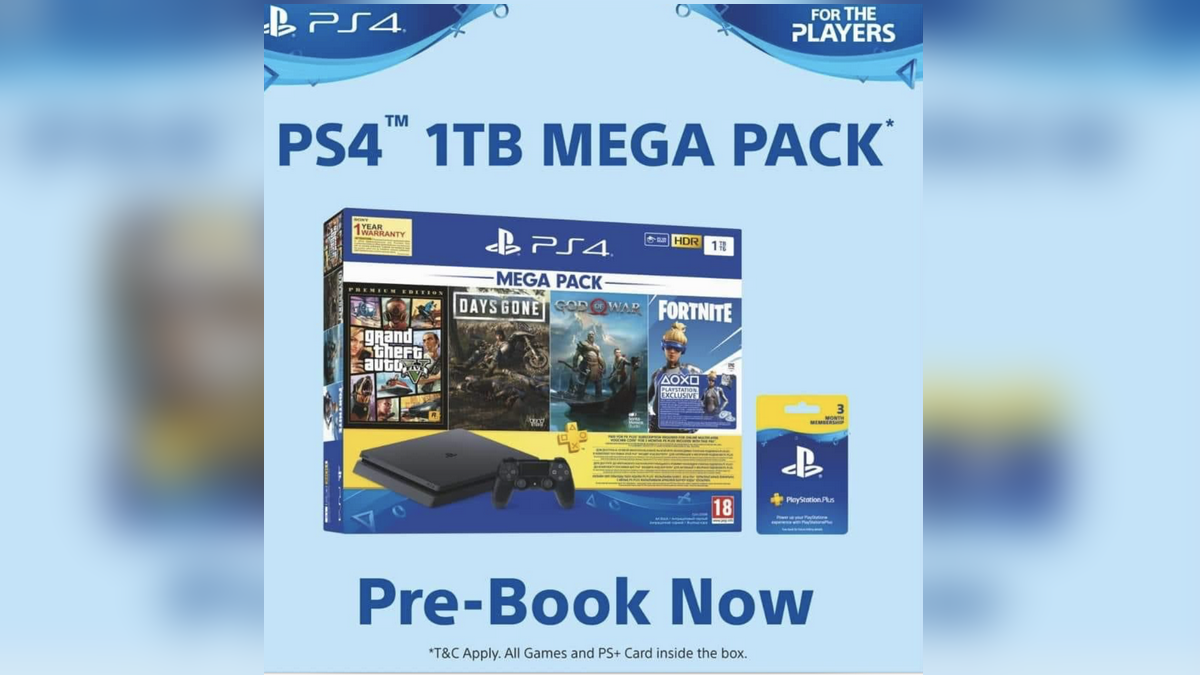 Sony PlayStation 4 (PS4) consoles have gotten more expensive in India — the PS4 Slim price has gone up by Rs 2,000 while the PS4 Pro price has gone up by Rs. 1,720. Of course, as non-essential items, the consoles are not being sold online due to the coronavirus lockdown, but Sony has confirmed the new pricing on its website. A report added that Sony has changed prices because the older price was only intended to be promotional and so this price hike has been in the works. The report also added that the PS Slim will be getting a new bundle in India, called the PS4 Mega Pack.

Sony has increased the price of the PS4 Slim in India to Rs. 29,990 from Rs. 27,990, and the PS4 Pro to Rs. 38,710 from Rs. 36,990 for the 1TB models. The updated pricing, that includes all taxes, can be seen on Sony’s India website. The PS4 consoles are currently listed on e-commerce website Flipkart with the older prices, but they are either unavailable or not deliverable, due to the nation-wide lockdown.

A report by The Mako Reactor stated that the older prices were part of a promotional scheme that has now ended. It added that the prices are expected to be updated on sites like Amazon and Flipkart soon. The report also stated that the PS4 Slim will be getting a new bundle called the PS4 Mega Pack that will include discs for GTA V, God of War, Days Gone, a code for Fortnite cosmetics, as well as a code for three months of PlayStation Plus. This bundle has popped up online for pre-orders on some retailers, as per the report.

Right now, Flipkart has a PS4 Slim 1TB Mega Pack listed for Rs. 27,990 that includes Horizon Zero Dawn, God of War, Uncharted 4, along with a code for three months of PlayStation Plus.