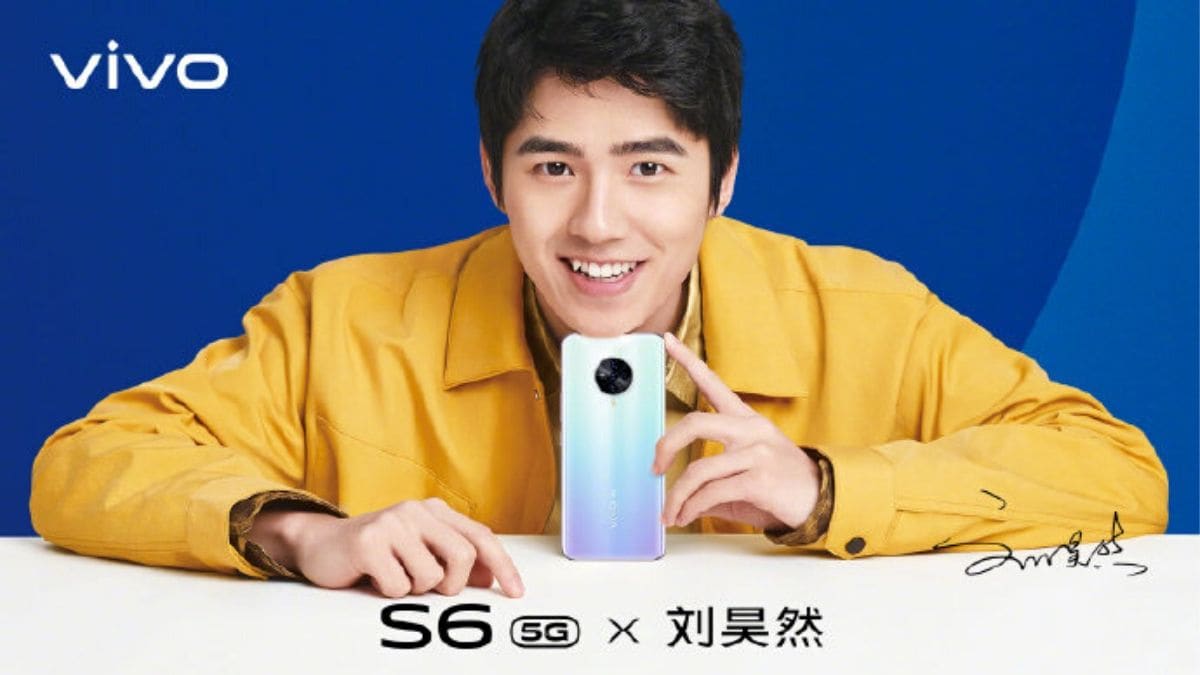 Vivo S6 5G smartphone is officially confirmed to come with an oreo-shaped quad rear camera setup. This was noted after Vivo on Monday released new posters of the smartphone on the Chinese social media platform, Weibo. Previously, the company had also confirmed that the launch of the upcoming smartphone will take place on March 31 in China. The latest poster by Vivo reveals the phone in blue and pink gradient colour option that was highlighted popular by Chinese actor Liu Haoran who is also said to be the ambassador for the Vivo S6 5G.

Vivo, just like in its previous Vivo S5 handset, has repeatedly stressed on the selfie picture qualities of the upcoming Vivo S6 5G. Currently, there is no information on the camera specifications, however, by looking Vivo S5 smartphone, we can expect a host of upgrades. To recall, the previous generation Vivo smartphone comes with a 32-megapixel selfie camera along with a diamond-shaped quad camera setup on the back. The rear camera setup includes a 48-megapixel primary sensor, an 8-megapixel secondary sensor, a third 2-megapixel sensor and a 5-megapixel depth sensor.

In terms of the processor, we can also expect an upgrade since the smartphone is stated to support 5G connectivity. Previous reports have suggested that the Vivo S6 5G can come with either Qualcomm’s Snapdragon 765 SoC or a Samsung’s Exynos SoC. Vivo Nex 3 5G, another flagship smartphone by Vivo that was launched last year, comes with Snapdragon 855+ SoC.

Since the company has not revealed the front panel of the latest smartphone, it is unclear whether a hole-punch camera or a pop-up selfie camera setup will be observed on Vivo S6 5G. In terms of the pricing, the upcoming smartphone will likely be relatively expensive, compared to Vivo S5 that was launched at Rs. 27,700. It is also unclear whether Vivo S6 5G will launch in India.