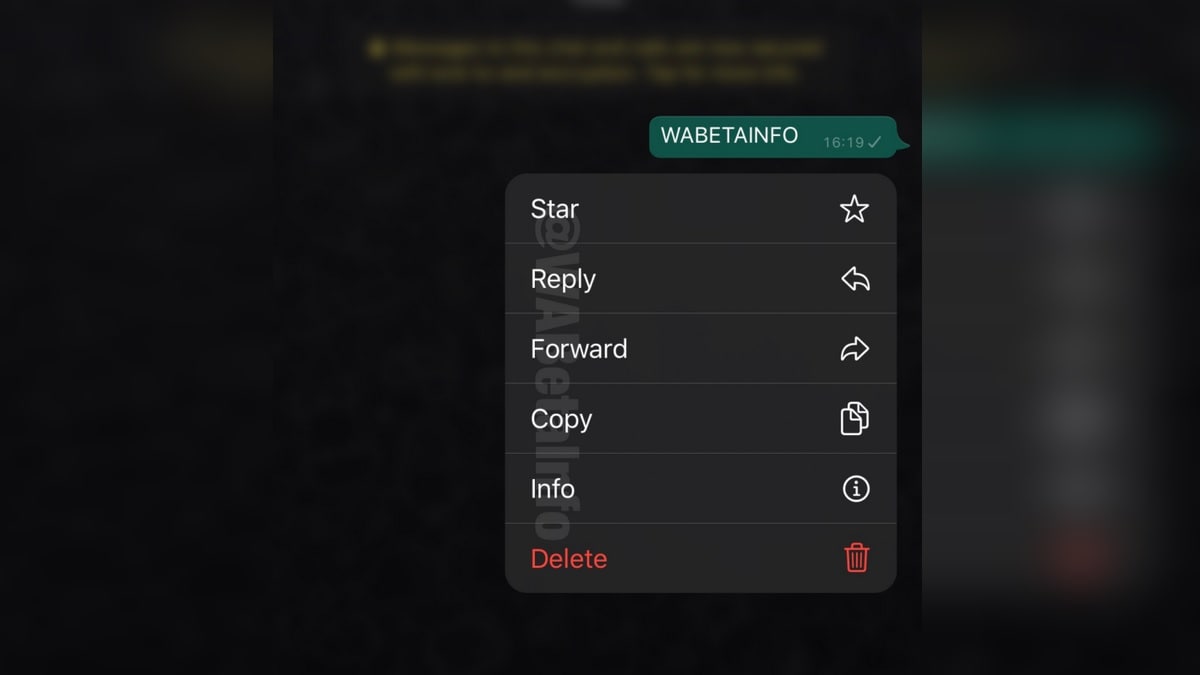 WhatsApp has been working on improving functionality and adding features to the beta version of its app. Now, according to a report, the company has released a new update of WhatsApp beta for iPhone that adds a new ‘context menu’ in chats. Notably, the new context menu was previously seen in one of the older versions of the app but was removed by WhatsApp for unknown reasons. The latest beta update brings it back with added ‘Info’ option. Additionally, the Share sheet integration has been removed with the new update.

The latest update to WhatsApp beta for iPhone comes with version number 2.20.50.21, as reported by WhatsApp features tracker WABetaInfo. It brings a new context menu with added option for ‘Info’. The context menu pops up when you long press a message in a chat and it earlier included ‘Star’, ‘Reply’, ‘Forward’, ‘Copy’, and ‘Delete’ options, but is now getting the ‘Info’ option.

Notably, this new context menu option was part of an older update as well, but was removed by WhatsApp for unknown reasons. The new context menu is visible in both individual and group chats on WhatsApp beta 2.20.50.21 for iPhone

Coming to the Share sheet integration, this feature has been temporarily removed as stated in the report. The feature was brought in the previous 2.20.40 update but has now been removed because there was an issue causing the share screen to crash, the report adds. The Share sheet is essentially the menu that pops up when you try to share a file with someone. This menu shows the various platforms where the file can be shared, including WhatsApp. The feature, when it was present in a previous version, showed WhatsApp contact suggestions right in the Share Sheet itself.