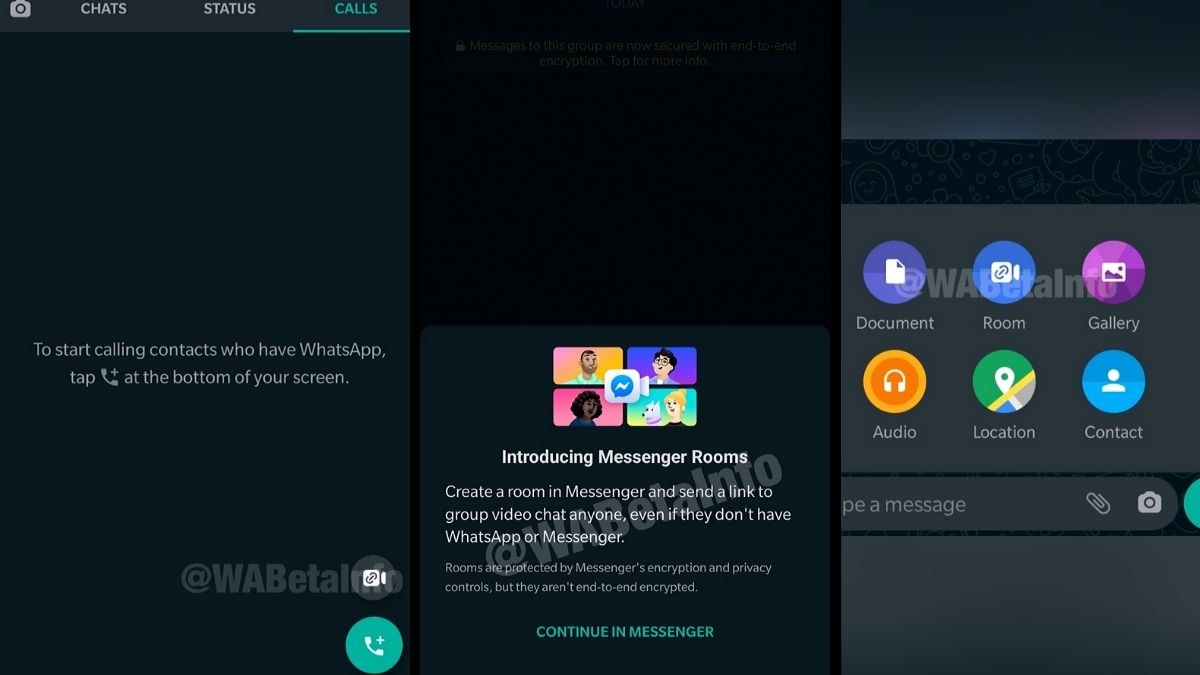 According to a report by WABetaInfo, WhatsApp has added the Facebook Messenger Rooms shortcut on WhatsApp version 2.20.139 beta for Android. However, the feature on the beta version is not functional yet, meaning that the feature is currently under development and WhatsApp is likely trying to make it bug-free. The report added that the shortcut will be available in the chat/group share sheet. Currently, when users select the ‘Room’ option, a window appears, explaining the feature.

It was added that Rooms are protected by Messenger’s encryption and privacy controls, however, “they aren’t end-to-end encrypted.” The publication also noted that Rooms shortcut will be added to Calls tab present at the top right corner of WhatsApp.

To recall, Facebook recently announced that the social media giant is rolling out Messenger Rooms to select countries. Much like Zoom Cloud Meetings and Houseparty apps, users can join a group video call with a direct link, therefore, without the need for a Facebook account. Facebook also announced that users will be able to start video call sessions with as many as 50 people.

The announcement by Facebook came at a time when people around the world are staying indoors to curb the spread of novel coronavirus. Due to this, several video conferencing apps including Zoom have witnessed a surge in their userbase.