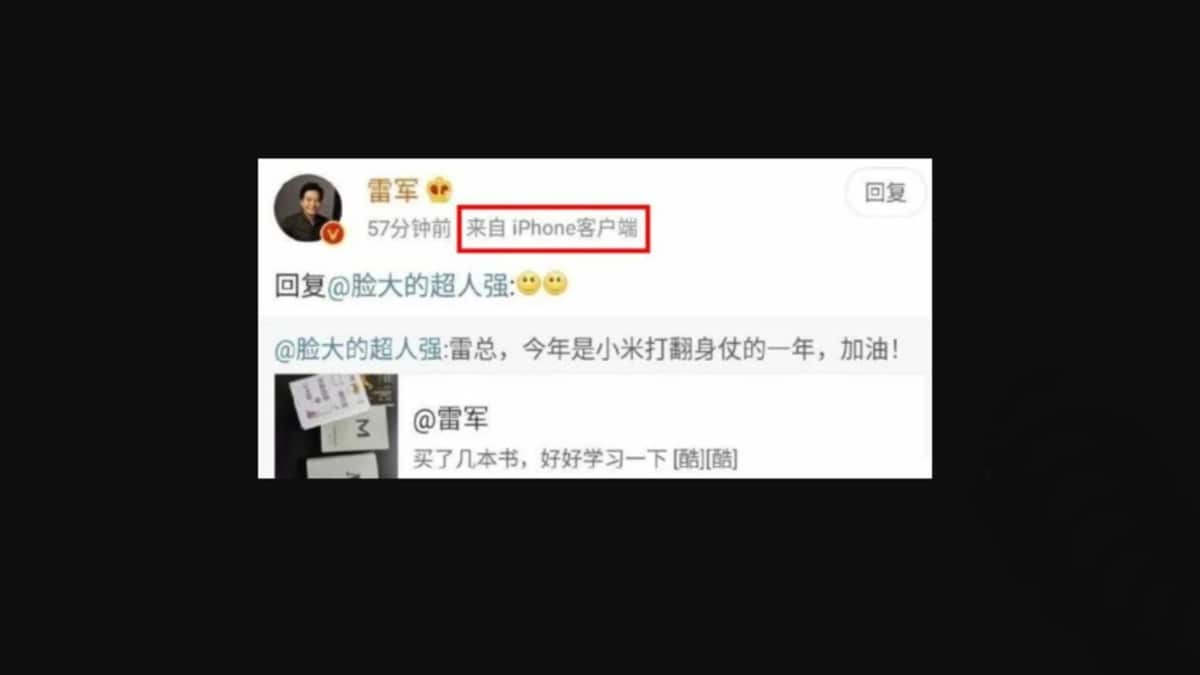 Xiaomi CEO Lei Jun briefly posted something on Weibo using an iPhone. The Web was quick to grab this small detail and accuse the executive of not using his own company’s phones and relying on Apple instead. Debates on how the iPhone is still the best device in the market started to float in the comments. To diffuse the conversation, Jun deleted the post soon after, but screenshots of it are now circulating the Web. Several Android smartphone company executives have been caught using an iPhone in the past as well.

Chinese website Toutiao spotted Jun posting about asking fans to spend on buying books. While the post was mundane at best, the interesting bit was in the fine print. Weibo generally puts the name of the phone from which the post has been generated, and this time, that disclaimer showed an iPhone model for Jun’s latest book post. This little slip-up caused a backlash on social media with fans reacting to this slight error. While many users expressed disbelief that the CEO of Xiaomi was using an iPhone, some came to his defence and looked at it objectively. Partner of Xiaomi Industry Investment Department, Pan Jiutang said that executives of smartphone companies have to try phones from competing brands to strategise and envision future plans. Sometimes innovations are copied and improved upon, he said, and any owner of a mobile phone company who claims that they haven’t used phones from Apple or Samsung are being hypocritical. In any case, Jun deleted the post soon after to cut all debates and diffuse the tension.

Several CEOs in the past have been caught using an iPhone. Huawei’s founder and CEO, Ren Zhengfei, publicly praised the iPhone ecosystem and revealed that he buys iPhone models for his family members when they are abroad. He also added that love for the Huawei brand is not tantamount to loving Huawei phones. Realme India CEO Madhav Sheth also faced backlash after he was recently spotted tweeting about Realme 3 and Realme 3i series using an iPhone.

Tasneem Akolawala
Tasneem Akolawala is a Senior Reporter for Gadgets 360. Her reporting expertise encompasses smartphones, wearables, apps, social media, and the overall tech industry. She reports out of Mumbai, and also writes about the ups and downs in the Indian telecom sector. Tasneem can be reached on Twitter at @MuteRiot, and leads, tips, and releases can be sent to [email protected]
More