Xiaomi to Launch New Wireless Audio Product on May 26, Could Be Redmi AirDots S 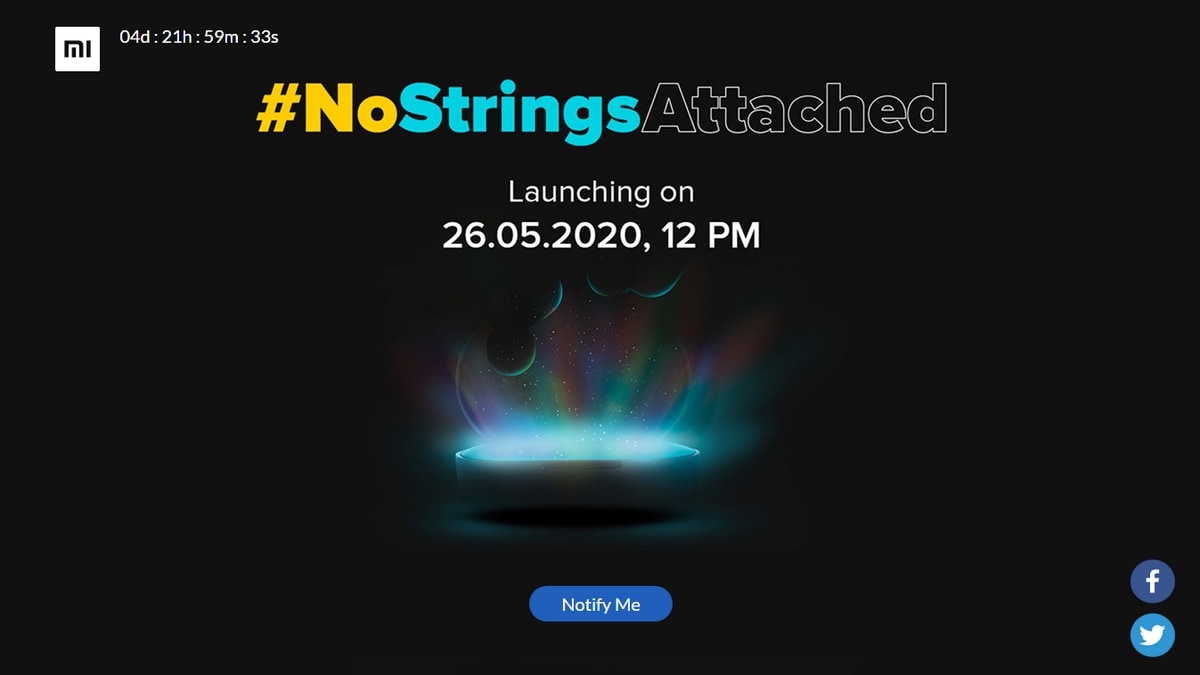 Xiaomi global VP Manu Kumar Jain has announced the launch of a new category under the Redmi brand in India through his Twitter handle. The online launch event will be held on May 26 and streamed on the company’s website. While the tweet itself does not reveal what the product might be, the new landing page on the website seems to be teasing the launch of true wireless (TWS) earphones, pointing to a localised version of the Redmi AirDots S earphones that were recently launched in China.

The tweet by Jain said that the company will be launching a product from a new category. It invites fans to the launch event on May 26 and the NoStringsAttached hashtag suggests that the new product is TWS earphones. There are several indicators on the landing page as well, along with a countdown to May 29, 12pm (noon).

The page states that the product will have wireless audio, long battery life, some level of sweat and water resistance, and reduced latency. It also seems to indicate that the voice assistant can be activated with a single click. All these teasers point to TWS earphones and they could be localised versions of the Redmi AirDots S.

The Redmi India official handle also recently teased the launch of a new audio focused product. This product will mark the company’s entry into the wireless audio space in India.

The Redmi AirDots S TWS earphones were launched in China in April. They are priced at CNY 100 (roughly Rs. 1,100) and come in a single black variant. They are powered by 7.2mm drivers and have a claimed battery life of four hours per charge. With the charging case, they can offer up to 12 hours of battery life. Notably, the Redmi AirDots S also boast of a low-latency mode to enhance gaming experience. They come with IPX4 water resistance and weigh just 4.1g each.