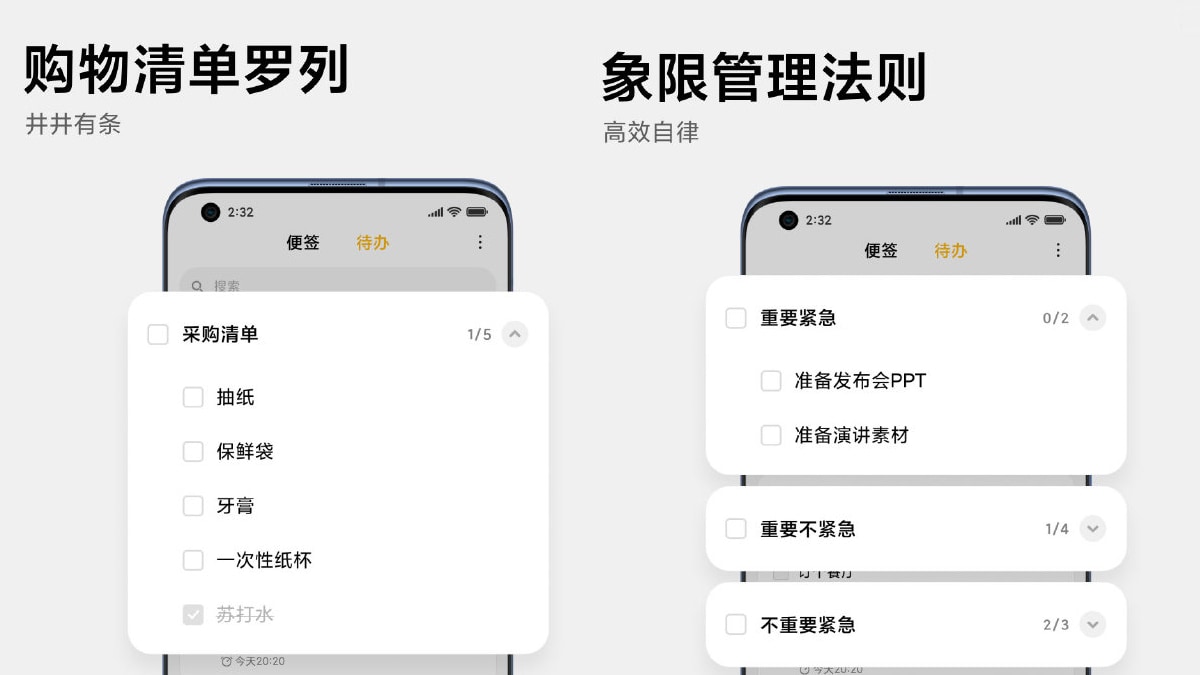 MIUI 12 is all set to launch on April 27, and the new software update is teased to come with Dark Mode 2.0 and new third-party Always-On Display styles. Ahead of the launch, Xiaomi has unveiled a new ‘Privacy’ brand that it claims will focus on improving privacy and security in the company’s phones. The Chinese tech giant has also teased improvements to the Notes app and additional features in the to-do list section. The to-do lists will support custom titles, list creation, and more.

On the official MIUI Weibo account, Xiaomi revealed the new Privacy brand alongside the logo. The company says that this new logo will be applied to all of its future products to ensure consumers of user privacy protection and security. Xiaomi says that it has developed an open-source Mobile AI Compute Engine (MACE) framework for mobile devices that can perform offline computing without uploading data to the servers. This ensures maximum privacy to the user, as the computing is done on the mobile device itself.

The company has also established a new information security management system that follows six important rules – data minimisation, security protection, openness and transparency, compliance review, purpose limitation, and clear responsibilities. Under this new Privacy brand, Xiaomi applies the ‘differential privacy’ system wherein it will publicly share information about group patterns using a dataset without revealing information about the individuals involved in the dataset. The company says that it will offer more details on this new privacy brand at the event on April 27.

As mentioned, MIUI 12 is teased to bring comprehensive upgrades to the Notes app and to-do lists as well. For instance, To-do will support creating lists and the Notes app UI is set to get a lot cleaner and intuitive. It also will get easier to add new items to existing to-do lists. The To-do quick entry synchronisation will support list creation, and all the user has to do is open the Notes app > Select To-do > Open To Do Quick Entry in Settings. Furthermore, Xiaomi says that to-do lists also support custom titles, allowing users to create learning task groups, classify projects, and sort travel items.

Alongside MIUI 12, Xiaomi will also unveil the Mi 10 Lite 5G phone in China.